Happy Thanksgiving. I hope the men and women in your life are equally sharing the responsibility of cooking and cleaning on this tasty holiday. Once you’re done with that, enjoy this weeks round up of feminist news and culture.

U. VA Takes Back The Night
In a bold step to end rape culture on campus, the University of VA has suspended all fraternity and sorority life after a student wrote a graphic letter about how she was gang raped in a frat house that was published in Rolling Stone magazine. In the heart wrenching article, the student shares that she taken to a party as a freshman where she was lured into a room where no less than seven men took turns raping her over the course of three hours while her date stood by and encouraged them. If you’re not already disgusted, you should know that this is not a isolated incident. According to the Chicago Tribue, 1 in 5 women experience attempted or completed rape during their college career. Personally, I don’t think suspending Greek life at universities is going to solve the issue of power, ego, and drugs that lead to sexual assault. It’s a reminder that rape and violence have no easy fixes.

Lincoln University President Resigns
While we’re on the subject of university rape culture, it’s important that you know that President Robert Jennings resigned. You may remember President Jennings as the man who spoke at an all-women’s convocation on campus and implied that female students lie about being sexually assaulted “when things didn’t turn out the way they wanted.” Again, there a no easy fixes to rape culture, but telling women to feel guilty about reporting sexual assault and to think about they boys whose “lives get ruined” isn’t one of them. 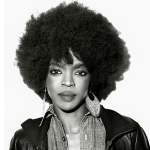 Black Lives Matter
Unless you’ve been living under a rock called “Color blindness,” you know that on Monday it was announced that the Ferguson grand jury would not indict Officer Darren Wilson for shooting and killing unarmed Black teen, Michael Brown. Although this is not a strictly feminist issue, it is a human rights issue that affects us all, as people of color are disproportionately killed and arrested by law enforcement. And all of us are responsibly for fighting for the humanity and respect for all people. S/O to the celebs like Solange Knowles and Lauryn Hill who boldly spoke up and acted out in solidarity with the people of Ferguson.

Check out Lauryn Hill’s remix the holiday song “My Favorite Things” into a commentary of race relations in America and the resulting Black Rage.

Beyoncé, Don Lemon, and Barbies with cellulite! This week was both empowering and disappointing. Here’s all the girl power information you need to know.

END_OF_DOCUMENT_TOKEN_TO_BE_REPLACED

Sometimes, there’s so much going on in the world that I don’t have time to write about all of it (well, I do but I enjoy sleep and Netflix too much.) So I’m trying something new to keep you up to date on all the crazy, sexy, and cool news you should be thinking about. END_OF_DOCUMENT_TOKEN_TO_BE_REPLACED