Beyoncé, Don Lemon, and Barbies with cellulite! This week was both empowering and disappointing. Here’s all the girl power information you need to know.

Transgender Day of Remembrance
Let’s start with Thursday. November 20 was the Transgender Day of Remembrance. There has long been debate about transgender women as a part of the feminist movement. It’s important to remember that though born with male genitalia, trans-women are women and struggle in their own way. More importantly, trans-women are human and all human lives matter. The feminist movement is about equal opportunity and respect for the lives and trials of women from all backgrounds. Be aware of the dangers of transphobia and share some love. 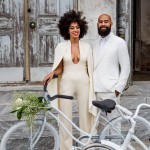 Wedding your way
On Sunday, Solange took the traditional wedding and turned it on it’s head when she got married to her handsomely bearded beau, Alan Ferguson in New Orleans. Decked in a caped pantsuit and rolling up to her ceremony on a bike, Solo is showing women and girls every where that you can and should always take every opportunity to express your individuality. You never have to bend to tradition. Congratulations Solange and Alan!

New Normal Barbie.
Now we all can be Barbie girls! I guess… Toymaker Nickolay Lamman created the Lammily doll with measurements of an “average” 19-year-old woman’s body with brown hair. She’s comes complete with a sticker pack from which you can add acne, scars, freckles, and cellulite to her toy body. Media outlets are dubbing it the New “Normal Barbie” yet, she’s miraculously still pretty white. Hooray for normalcy? 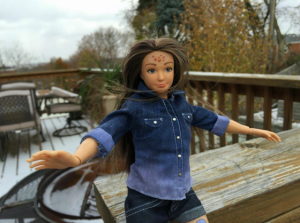 Did you try not getting raped?
CNN anchor/reporter Don Lemon is once again doing what he does best and putting his foot in his mouth. This time, by telling an alleged rape victim what she should put in her mouth. Joan Tarshis went public this week with the story of how Bill Cosby allegedly raped her in 1969. But I hope she wasn’t looking for sympathy from Don because as she told the story of being forced to perform fellatio on Cosby, Don had to point out, “there are ways not to do it.” Basically saying there are ways not to get raped and thus perpetuating the rape culture norm of victim blaming.

“We should all be feminist!”
How about we talk about someone we love? Mara Brock Akil! The award-winning producer of Girlfriends and The Game spoke at the annual Girls Inc. entertainment luncheon on Wednesday. During her speech, she made the bold (and truthful) statement, “We should all be feminists…It’s congruent with being human.” She spoke with The Hollywood Reporter and described the key to confidence that all young people need to know. “Knowing your craft and being educated about what you want to do will build your confidence and vocabulary to be able to open your mouth and be heard…a closed mouth does not get fed.”

Girls just wanna have fun.
Guard your edges people. Beyoncé, the snatcher of wigs and America’s favorite celeb feminist, released a new video Friday night for her new single, 7/11 and it’s actually kind of empowering if you ask me. It’s a single-camera (perhaps iPhone?) shot video of Queen Bey and a bunch of her friends just dancing and acting silly in her hotel suite. To me, it was a very feel-good reminder to just be yourself and not take life too seriously. Or…just a good way to get people to watch your new video and buy your new platinum edition box set. Whether it’s a good time or good business sense, I’m here for it. Check out the video below:

See you next week!