I still find it hard to wrap my mind around the fact that one of my friends isn’t alive anymore. I don’t like to say he was killed the way cancer or disease or car accidents kill the body. He didn’t just die like people do when they get older or have a heart attack or stroke. My friend was murdered. His life was taken from him by another life. My life-long friend Victor was shot and killed in a parking lot in Newport News, Virginia. He was only 23 years old and would’ve turned 24 just weeks after the shooting. He was a father and a friend. Now he is another nameless face in the list of victims of gun violence in my city and in this country.

There will be no marches in the street for Victor. His mother won’t be invited to the White House. The President isn’t going to cry on national television over his death. The world will never know the young man who always kept people laughing, who was always trying to have fun, and who had unconditional love for his young son. And the people who did know him will never know the man he could’ve grown to be. And its a shame, really. It’s a shame that violence like this is too common to make a big deal of it each time a person gets shot in the street.

When someone gets killed in this country, I think we get sad for a few minutes then eventually get on with our lives. I don’t want that to happen in Victor’s case. It’s so easy for us to turn a blind eye to all of the violence going on all around us all of the time. The violence against young people in our communities, especially young people of color, is like a modern-day lynching. Just as crowds gathered around the bodies hanging from trees, today’s Americans stand idly by as our young people are slain in parking lots in Virginia, while walking home in Florida, in public parks in Chicago, and in elementary schools in Connecticut.

We are a nation in denial about what is happening in our front yards, right before our eyes. We legitimize this violence in the name of our Constitutional rights. But the issue of “gun control” is not a political issue, it is a moral one. No person who values life can value the usage of guns and weapons. A gun’s only function is to take life away. Despite what advocates for weapons may say, protecting someone’s right to bare arms is not more important that protecting the people’s rights to life. But even with all of the horrific and bloody murders that take place in the country, we still can’t seem to put a face to these lost lives and protect those who are still living. But Victor’s face will always be in my mind. 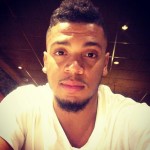 At his wake, I held Victor’s mother and we cried while looking down at his face for the last time. But I keep thinking that he wasn’t the only life that was lost that night. While one mother has to bury her son, another mother will have her son put in jail for a senseless murder. That’s the life cycle of murder in our communities: One body goes in the ground, another body goes in a jail cell. Who wins in this scenario? We are living in a culture in which young men have a need to prove themselves to a society that tells them that “you aren’t a man” if you let yourself get punked. When someone steps on your shoe, looks at your girlfriend or boyfriend, posts on your Facebook page or what have you, we feel we have no choice but to react. There’s a hopelessness to this lifestyle. We get into arguments and allow our anger to escalate to the point when the only way to solve a problem is to end a life. So many self images are warped by false ideals of what it takes to be a “real man”. 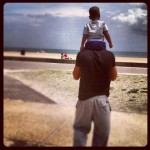 Victor was a man. He was a loyal friend. He was a selfless father. He was one of the funniest, hyperactive, brutally honest people I’ve ever known. He was an athlete, a college graduate, and natural comedian. He tried to make a joke out of every stressful situation. He didn’t need to use violence or anger to get what he wanted out of life. I know there are others who aren’t able to see another way to live their lives without arguments, fighting, and guns. Funerals, drive-bys, and constant crime is the reality for too many of our young people. We’re exposed to violence which makes it easier for us to transcend into violent lifestyles ourselves. I’m sure in some cases, a gun seems like the only thing in life that you can use to escape the frustrating restrictions of life in our communities. We have unemployment, lack of interest in school, and such a comical ease in getting weapons, our young people turn to violence as a outlet for brief control in a society that automatically writes them off.

Victor was very young when he succumbed to his fate. He would have celebrated his 24th birthday just 5 weeks after the shooting that took his life. Although I’d like to think he’s still turning up at a birthday party somewhere in the universe, he is not here to celebrate with his friends and family who continue to mourn his loss. One bullet took away that birthday. Unfortunately, this is the fate that seems to awaits many young black men. Violence is not definitely not just a black issue, but it cannot be denied that violent crimes plague areas with high black populations like an incurable disease. According to the Center for Disease Control and Prevention, homicide is the leading cause of death for Black men ages 15-19. Is that shocking to anyone besides me?

Apparently not. Shortly after the news broke of another fatal shooting in Hampton Roads, my fellow citizens took to the Internet ready to criticize the victims in the shooting that took Victor’s life. Comments like: “not shocked by another murder on the Peninsula” … “I do wonder, how have you lived your life?” … “keep wanting to live like a gangsta you’re gonna die like one” made me want to cry. We blame others for having to live life in a violent depression instead of trying to find a solution. We don’t help the ex-offenders in our communities resimilate into society, we don’t press upon our children the doors their education can open for them, we shame our single mothers away from getting government assistance so their families turn to crime to provide for their basic needs. We suffer from an endless stream of disappointments that cause us to react violently in desperation.

I don’t pretend to be an expert on guns, life in “the ‘hood”, the Constitution, or even what really happened the night Victor lost his life. But I know we’ll never make progress if we keep allowing the lack of opportunities in our neighborhoods to make us to feel hopeless and worthless. That’s how we break this cycle and claim victory over violence: We reclaim the value of life. We show our young people all of the doors an education can open for them. We press upon others how much more courage it takes to be “weak” and to not react. We help others who need help, instead of making them feel ashamed. Jimmy Greene, father of 6 year old Ana Grace who was killed in the Sandy Hook shooting said it best: “we’re so consumed by the political fight…what about the fight for our children”. We are indeed in a fight for our lives. At the end of the day, our political standpoints won’t protect us. Our young people need to have a shot at a life filled with success, not a shot through the body with a bullet.

I see all of my friends and family posting to social media “Live4Vick”, “RIPVick”, “Gone but not forgotten” and the other typical mantras used to commemorate a lost life. But I sincerely hope we never do forget Victor or the others wounded and killed by unnecessary violence in this country. I hope we do live our lives for these fallen souls and stop taking lives away. The best way I can honor Victors memory is to never forget what happened to him. We all can use our gifts to uplift the hopeless young man who sees a gun as the only way to control what goes on around him. We can control our emotions when we begin to get angry about little things. We can try to love instead.

I titled this piece “Victory over Violence” in memory of my friend Victor and also in the hope that one day this nation and people of color will rise above our tendencies to hurt one another. I know nothing we do will bring back the loved ones we’ve lost. But we should not allow ourselves or others to forget what happened to the ones we’ve lost. We have to really live for those who’ve died. We may never have a true victory over violence, but everyday we can make progress toward a more peaceful existence.

20 thoughts on “Victory over Violence: How the death of my friend changed how I see this world”