This summer, I had the honor of interning at National Public Radio. During my tenure (I just want to be fancy), I was able to work on a variety of stories with other interns as well as actual NPR reporters on lots of different stories. Below are some of those project summaries with links to the full article(s). Enjoy!

AS SEEN ON TV 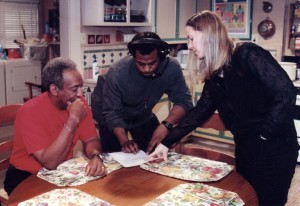 My first professional blog! About a topic very close to my heart: Black Sitcoms. I did a lot of research about how my peers felt about today’s sitcoms versus those from the 70’s, 80’s, 90’s, and early 2000’s. The basic conclsion: today’s black casted shows just didn’t come up to snuff. Check out my sentiments here:

“As Seen on TV” by Jolie A. Doggett 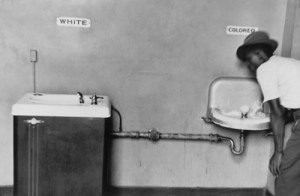 As part of my internship, I was able to work on NPR’s “Intern Edition”, an entirely intern produced program. I donned the role of producer and helped a fellow intern put together this social commentary about what happened when two white students joined a historically black scholars program. This one instance paints a larger picture of racial tensions that still exist in the United States. Listen to this audio piece below:

Who is David Barton?

This is probably one of the most fun projects I worked on while I was at NPR. I was very lucky to work with the talented Barbara Bradley-Haggerty and the innovative Elise Hu on a web accompaniment to one of Barb’s biggest pieces: a feature on the controversial evangelical David Barton. It took a lot of strenuous tape watching and backup researching but the end result is a compare and contrast of fact and fiction-what Barton says versus what’s widely considered fact. Sidenote: After this piece was published, Barton’s publisher of his book, “The Jefferson Lies” dropped him. Coincidence? Or excellent intern reporting?

“Cue the Tape: How David Barton Sees the World” by Elise Hu and Barbara Bradley-Haggerty 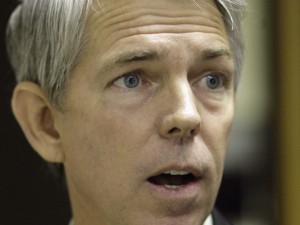 One thought on “Production Value pt. 1”