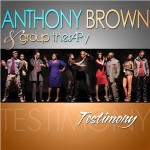 Let’s start with Anthony Brown and Group TherAPy (not sure why the “AP” is capitalized. But the journalist in me approves) I had the pleasure of attending his album release concert at First Baptist Church of Glenarden earlier this week. Some of Gopsel Music’s biggest names were there including Richard Smallwood, Maurette Brown Clark, After the energetic and emotional performances of some of the most talented individuals, I was compelled to buy the album. It’s actually the first CD I’ve purchased in a long time and I do not regret it. I’ve been listening to it in my car and on my laptop. Even if religious music isn’t your scene, you’ll appreciate the eclectic mix of voices and harmonies and the inspirational messages about success and perseverance attached to each song. 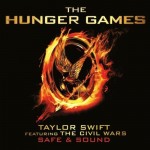 Okay, maybe I’m late to this song’s bandwagon but I’ve recently watched The Hunger Games. Great movie and great series of novels. However, I was most interested in the closing credits where I heard this haunting collaboration from Taylor Swift and The Civil Wars: “Safe and Sound” Now, I’m not a Taylor Swift fan but there’s no denying the beauty of her voice on this record. A sorrowful song  that deviates from her goody-two-shoes-girl image but she bears it well.

So, my Twitter feed has been exploding with Tweets about this new Miguel song “Adorn”. Most people think it’s a soon to be played out hit. Others are in absolute love with the record while still others find it overrated. What do I think? I feel like I’ve heard it before. The melody sounds done before. Still, I did listen to it more than one time in a row-not a bad sign. But I’m not too pressed over it.