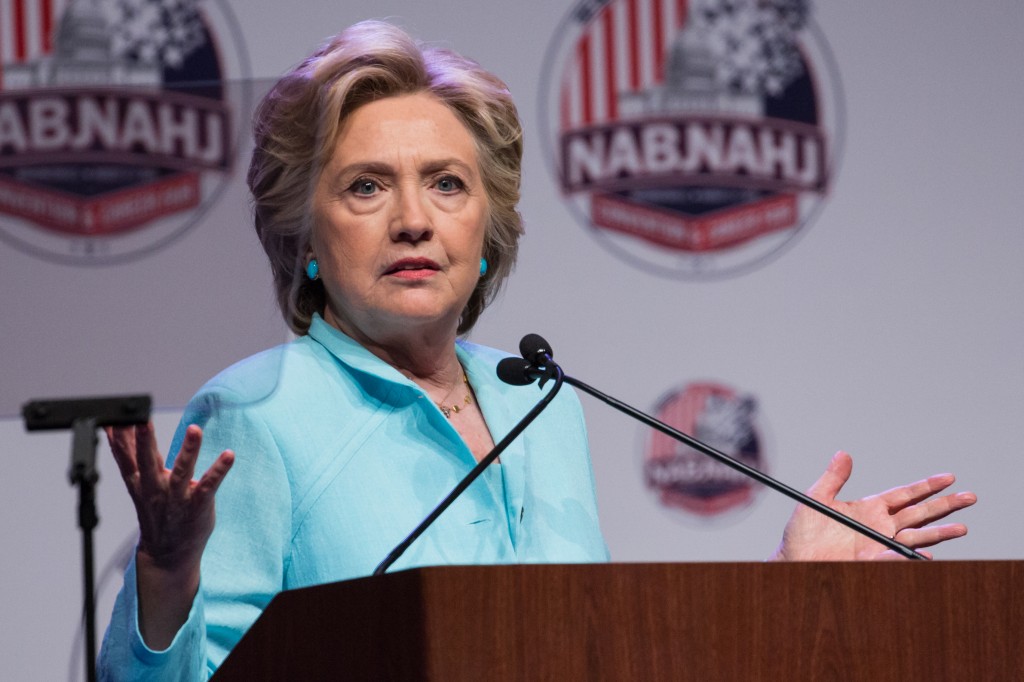 This week, the best, brightest and Brownest of the media world descended on the nation’s capital and put the “chocolate” in Chocolate City at the 2016 NABJ/NAHJ Convention and Career Fair. It was a week of networking, professional growth, bomb-ass twistouts, crowded restaurants serving mumbo sauce and real talk among the like-minded writers, producers, students and dreamers trying to navigate this largely white male dominated field.

There were many peak-Black moments that happened throughout the week but perhaps the most unapologetically Black thing that happened also turned uncomfortably and unnecessarily awkward and it starred our Democratic Presidential nominee, Hillary Clinton. 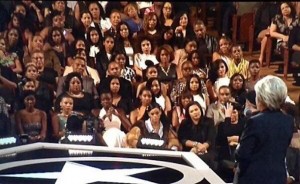 Now, Clinton has been widely criticized and accused of pandering to Black voters throughout the course of her campaign. Whether it’s claiming she keeps hot sauce in her bag (swag) on 105.1 FM’s The Breakfast Club, or crashing our Black girl magic party during BET’s BLACK GIRLS ROCK! awards ceremony. Her constant attempts to woo Brown voters have been met with memes, hashtags, and even a catchy remix to a popular song that’s not quite about a cuddly black and white bear.

So you may ask yourself, why would Hillary Clinton, a recipient of so much public ridicule, even show her face in a room full of Black and Brown masters of the very media that plays her time and time again? Well, what better way to prove you don’t pander to Brown people than by… pandering to Brown people?

Hillary tried it. Boyyy did she try it and I’ll give her an A for her effort. She attempted a little honestly by openly acknowledging that she knows her campaign is a big joke to most people (some of whom may have been in that auditorium) and that some people really don’t trust her very much blah blah blah…

But the peak Black moment of Hillary’s speech was actually brought to us by reporter Kevin Merida, who took advantage of a rare Clinton Q&A and asked her point blank to name the most meaningful conversation she’s ever had with an African America. *Cue the collective lean forward in our seats*

She could’ve said any number of things besides what she said. She could’ve played it cool with a shrug and said “IDK, maybe every time I talk to our President?” She could’ve even tried to be cute and said “How can pick just one? Every conversation about the Black experience is a meaningful learning experience to me. Your. Lives. Matter.” And left it at that corniness. *cue balloons*

But remember, she’s trying not to pander. So, Clinton drew her shoulders back and thought herself, “Well, fuck it. Lemme get real this time… Real awkward.” And she proceeded to enter into a cringe-worthy two-minute ramble about every Black person she’s ever been friends with in her entire life.

Hillary, it didn’t have to be this way. We didn’t need to know about your “crew” or your hip Black friend-curated Spotify playlist or your Black college bestie from back in the day. (Yes, she pulled out the “I have a Black best friend” card.) Child… Her calculated attempted to get through that question without pandering only led to more pandering.

Now I know what you must be thinking: Hillary, just can’t win, can she? When she plays it safe, people hate her. When she lets it all hang loose, people laugh at her. What do you people want??! Well, I—a young, black, broke and woke professional DC woman—will tell you what I want from our Democratic nominee for President.

What I really want is four more years of Obama. But I know I can’t have that and Hillary can’t be that. Hillary won’t be able to rap about the benefits of going to college or turning up with a turnip. She won’t be able to burst into Al Green or “Amazing Grace” at a moment’s notice. Pics of Hillary with Beyoncé or Kendrick Lamar will be met with a swift side-eye. There will be no significance of a little Black boy visiting the White House and touching her blonde tresses. Hillary won’t be able to say that someone like Trayvon Martin looks like her.

What I want is some of her pie in the sky. Hillary is the first woman to be nominated for President. This is a big fucking deal and I’m super proud of her. But everyone is praising her for breaking through the glass ceiling and I’m just standing down here looking up at the big Hillary-shaped hole in the roof. Rich, straight white women always claim the glass ceiling is shattering and leave poor Brown women on the ground surrounded by glass dust.

A former First Lady with immense financial and social access getting the best job in the world don’t impress me much. Especially when too many Brown women are struggling to pay bills with the pay they get from the jobs they have. When they can’t fight redlining or poor schooling or deteriorating public transportation. They can’t battle for-profit policing or a crooked healthcare, justice and immigration system. They can’t see a brighter future beyond the glass ceiling, let alone break that thing.

What I really want is to never, EVER have to live through a Trump presidency. Hillary, you don’t have to be perfect. You don’t have to be every Black person’s bestie. You don’t have to have Michelle Obama’s arms, hot sauce in your bag or Ava DuVernay direct your next campaign commercial starring Taraji P. Henson and Mary J. Blige. Whenever a candidate tries to reach out to the Black community, it will always feel like pandering, because too often, we never get to see the effects of their grand promises.

But Hillary, you don’t have to be a superhero and change all of that overnight. You just have to be a competent, kind, honest world leader who respects her country and ALL of it’s people. A president who truly wants to see us live our best, most liberated lives (and not build a wall). If you can do that, Hillary, #GirlIGuessI’mWithYou.