So last week I wanted to write a thing about self-love. I wanted to write it for Valentines Day because, you know, tis the season to show love and who better to show love to than yourself? But I got really sick that week and did not feel like writing and when I finally got around to it, I felt like it was too late to introduce my ideas on love to the internets.

Years of working for news sites and magazines has drilled into me the importance of timeliness. If you’re too late on a story or an idea, you might as well just throw the whole thing away. Someone else has probably already gotten to it and has probably done it better. Or else it’s so far after the moment that no one is going to care about it anymore anyway, what’s the point?

And I’m noticing this “it’s too late, what’s the point” mindset exists in both my professional and my personal life. 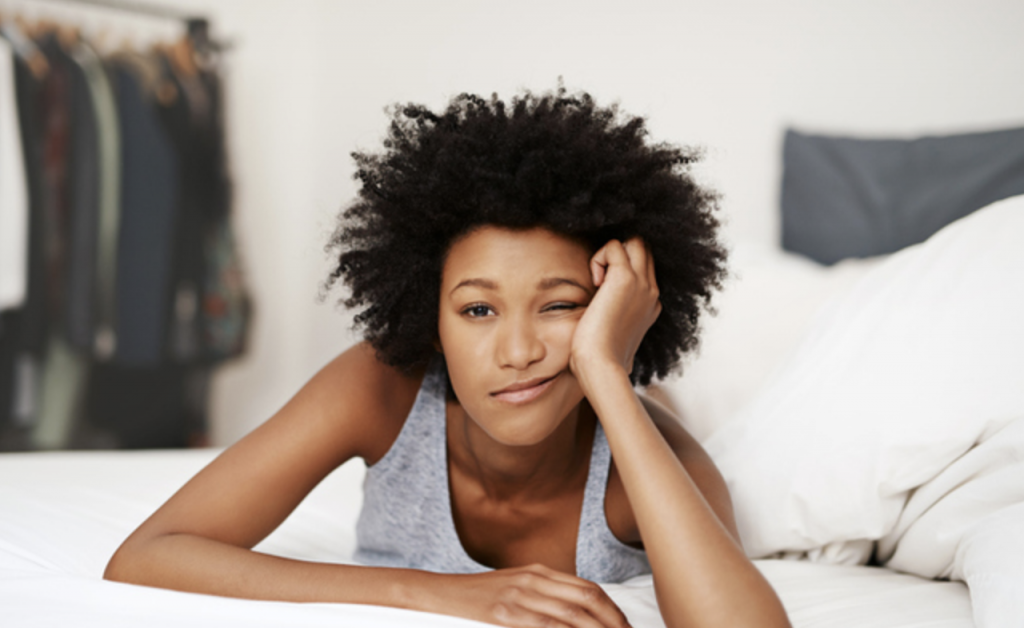 Sometimes, I feel like I’m starting a race 10 miles behind everyone else. Or maybe I’m not behind other people, but I can’t seem catch up to the best version of myself in my imagination. And so I tell myself, “what’s the point in starting to run now when you’re so far behind? Why even try? You might has well not even bother.”

And many times, I don’t bother. There are some days (most days actually) where I just decide not to do anything at all. Because whatever cool idea I have has probably already been done (and done better than I could do it) and by the time I get started, it’ll be far too late.

I’m in my late 20’s and my peers and I seem to be at the age when we believe time is running out. We’re running out of time to buy a house, to get married, to get a dream job, to get our shit together. And sometimes that feeling of missing a certain deadline can be so defeating, that we don’t even bother making a new deadline or goal.

We tell ourselves “I’m too late, too far behind, there’s no point. I might as well not even try.“

And I wonder where this pressure to keep up or catch up comes from.

the life I want to live isn’t going to be found sitting around, bitching and moaning about how I wish I would’ve started something sooner.  The achievement lies in doing the thing.

Maybe the pressure comes from watching our friends’ achievements on social media without seeing all of the work it may have taken for them to reach their success. Or we may feel embarrassed by our inexperience in certain arenas of life. For me personally, I’m pretty embarrassed about the fact that I know nothing about stocks and investing or buying a house. So I may just convince myself that that financially free lifestyle just isn’t for me.

Or maybe it’s that we’re too intimidated by our own imaginations? Our dreams are too big and we have no point of reference! The thought of moving out of our comfort zones can be really scary and we console ourselves by lying to ourselves and convincing ourselves not to bother trying. Because if we don’t try, we can’t fail.

And so we don’t even bother. Why start going to the gym now? Why start a savings account now? Why go back to school now and get a PhD?

But why not? What’s the point in telling yourself not to start just because you’re “behind?” Why would you allow for more space between where you are and where you want to be by putting it off or convincing yourself that you’re too late?

The best solution I can think of to defeat this crippling mindset is just to do it anyway. Despite your fears and concerns about timeliness, just get it done. Take your ass to the gym, pay your bills even if they’re late, start your business, apply to that job even if you missed the deadline, get out of bed and cook your dinner even though it’s 10pm and it’d be easier to just go to Wendy’s but you’re trying to be healthy.

Why do things need to be on your timeline anyway? Why can’t they just be on the timeline? I don’t wanna get all spiritual and universe-y and say time is just an illusion in a flat circle or something. But what if everything happens when it’s supposed to? Whenever your dreams come true is just the right time.

It’s never too late to live the life you’ve always imagined for yourself.

I know this for sure: the life I want to live isn’t going to be found sitting around, bitching and moaning about how I wish I would’ve started something or completed a task sooner. The achievement lies in doing the thing. You have to do the thing that’s intimidating you. It’s really not too late to start doing the things that you want to do. The real failure is not doing it at all.

“But Jolie, what if it really is too late?” you ask me (even if you didn’t ask, I’m gonna answer anyway). What if you really did miss an important work deadline or what if they sold the house or car you really wanted? The bills are wayyy past due, you are literally late af. Or what if you actually are too old? Too old have kids or join the Army or become Miss America or whatever your heart desires?

In the same way I believe there’s no one “right time” to do what you want, I also believe there’s no one right way to get it done. We can get creative, make adjustments, find a new way into the dream life we want. Church folks have a saying: “What God has for me is for me.” Opportunities won’t miss you and if they miss you, they may not be the opportunity for you but that doesn’t mean there are no other opportunities out there.

It’s a blessing to even have the ability to just try. Experience the joy in just being alive and having another chance to try again. Because some people don’t get that gift.

Even after you start, you may get down on yourself thinking “Oh if you were consistent from jump you wouldn’t be so far behind everyone else and where you want to be.” But consistency has to start somewhere, right? If you don’t want to be in this defeated, down, procrastinate-y place again, start now. Build up that consistency.

It’s not going to be easy, breaking habits of procrastination and negative thinking take some effort. But it’s always worth the effort. Or else you’ll just find yourself next week, lying in bed thinking “ugh, I wish started that project on Friday like I said I was going to do because now I have nothing to show for myself! Dumbass” (I can be kind of bitch when I’m talking to myself. More on that another time).

Why try? Well, why not? Try because it’s literally what’s best for you. It’s easy to look back at your past self like “ughhhh this girl with her lazy ass…” and hate yourself for not being where you want to be. But the longer you wait, the long it will take.

What do you want your future self to be saying about what you did today? Do the thing your future self will thank you for. Giving yourself another chance is the most loving thing you can do for yourself. Bam! Self love made its way into this blog after all!

Something I like to tell myself is “It’s never too late to live the life you’ve always imagined for yourself.” Sure, the best time to start preparing for that dream life may have been 5, 10, 20 years ago. The second best time is right now. So do it now!