(NERD ALERT) I am a Harry Potter fan.

Growing up, I had very few/no friends. So I would spend my bus rides, lunch time and after school hours in the welcoming and exciting company of Harry Potter and the Hogwarts gang of magical, mischievous adolescents. From the age of 10 until well, now, I always preferred the Wizarding World of Harry Potter to my own reality and I did everything I could to be a part of the magic.

I would wait in costume at my local Borders (RIP) for my preordered copies of the books. I’d go to the midnight premier of all the films (also in costume). I have HP blankets, pajamas, t-shirts, sweaters, scarves, jewelry, underwear and more. I own all 7 books in both hardcopy and digital format and have re-read each of them countless times (rough estimate, at least 300 times total). I know the spells, my Hogwarts house, my wand core, my patronus, my Quidditch position.

I am THE Harry Potter fan.

Yet, as much as I love all things Harry Potter and as much joy as J.K. Rowling’s franchise has brought to my life, I always knew it wasn’t real. I knew I could never really be a part of that world. The only way I’d see myself in Hogwarts and kicking it with the golden trio is if I looked through the Mirror of Erised. 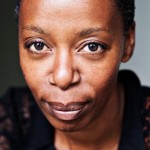 The producers of the upcoming Harry Potter sequel stage production “The Cursed Child” announced Monday that they’ve casted the adult versions of the teen characters we’ve grown to know and love. And, surprise! Hermione will be played by Noma Dumezweni, a Black woman.

This announcement is like the letter to Hogwarts that I’ve been waiting for my whole life.

Finally, after all these years of playing make-believe, there’s a character in my favorite franchise that I can actually see myself in! A character who is likable and like me in almost all ways. Black Hermione is an actual dream come true. As corny as it sounds, a person of color in Hogwarts makes me feel that I, too, can be magical and essential to the storyline and the fate of the Wizarding world.

But I’m not the only one who thinks the recasting is a big deal. The Twitter-verse was immediately up in arms about the shift of Hermione from the talented Emma Watson to an equally talented woman of color.

But if we think about it, it makes complete sense for Hermione’s character to be Black.

Hermione was a magical witch born to non-magic parents (Muggles) and thus thrust into a world she didn’t intrinsically know how to navigate and yet, she quickly excelled. But despite her success, she was still berated, bullied and hindered. Who else but Black people can relate to making something out of nothing and still being seen as unworthy and being criticized by others who feel entitled to a place in society, the workforce, or great school of learning (incidentally, is Abby still mad at us?).

And just like in the books, there are those who would rather the magical world be limited to only a select few people. They find the adding of a Black person to the Golden trio to be tainting the legacy of the novels we’ve come to love. In other words, they’d rather the cast remain all white and essentially “pureblood.”

Well, the haters can go join Malfoy and Voldemort on the losing side of history because this casting represents a major step toward equality and inclusion and I am so here for it. Apparently, J.K. Rowling, the creator of Harry Potter, is also here for it. She defended the decision on Twitter saying she never specified what race Hermione’s character was and she “loves” Black Hermione.

I already love Black Hermione, too. If Black Hermione has been in Hogwarts all along, imagine how many other smart, sassy, cultural, hip, dope and magical Black girls and boys there were roaming the halls. Did they create spells to do their hair? Did they invent things? Were they leaders of clubs? Was there a Black Student Union? Is there an HBCU version of Hogwarts?! SO MANY QUESTIONS! I’m seeing the stories in an all-new way!

White people rarely have to deal with this. There is no major pop culture moment in which they do not see themselves or that they cannot easily insert themselves in. The world is laid out for them in a way it is not laid out for the rest of us. That is their privilege.

The thing about privilege is that any move toward equality is often perceived as oppression. However, it is the oppression of the unprivileged that has led to this bold and necessary move toward equal representation. And like J.K. Rowling, we must welcome equal opportunity with open arms.

It has never been more important for Black women to know that they are valuable and that their stories matter. This year saw the birth of #SayHerName, the surfacing of videos from the McKinney pool party, the death of Sandra Bland and the sexual assault of at least 13 Black women by a police officer. Could we just have this one good thing, you guys?

Black Hermione is quite literally Black Girl Magic. Hogwarts is finally welcoming us–all of us–home with open arms. And I will happily swish and flick the haters out of the way and sashay my behind through those Hogwarts gates to take my place where I should’ve always belonged. 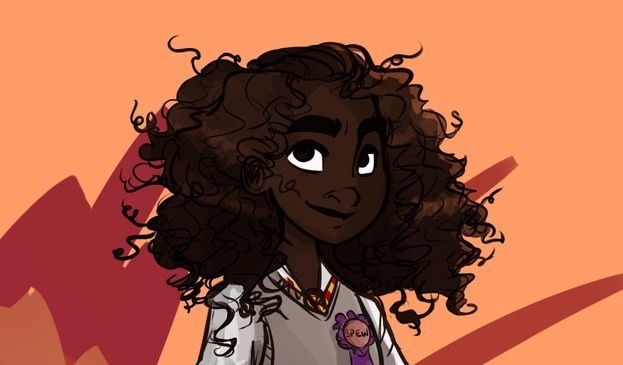