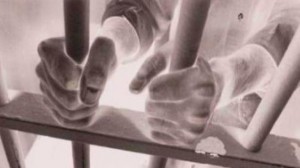 “Have you ever been found guilty of a felony?”

For too many people, that question is the difference between living a life of dignity and living a life of shame and bitterness. Virginia Gov. Terry McAuliffe made a bold move Friday and signed an executive order to “ban the box.” Through this statewide initiative, state agencies and public employers can no longer disqualify job seekers if they have a criminal record. This makes it easier for the formerly incarcerated to find employment and rebuild their lives. It also, most importantly, brings us, as a nation, one step closer to humanity.

It’s no secret that the American prison system is a messed-up institution, especially for black men. Today there are more black men in jail or under criminal supervision than there were enslaved in 1850. If we continue on our current path, as many as 1 in 3 black men will be in jail, in prison, on probation or on parole in their lifetimes, primarily for minor charges like drug or traffic violations. Those prisoners eventually come back into the free world and still find themselves prisoners of their pasts.

A 2005 survey conducted by the Institute for Research on Poverty found that almost 60 percent of employers (pdf) are unwilling to hire former inmates. So even though they aren’t behind bars, ex-cons are still being punished. They can’t find work. Some can’t travel to find jobs or housing because of parole or probation.

A lot of ex-cons can’t even vote to change the policies that are so unfair to them. Basically, they’re stuck between a rock and a hard place. This hopelessness can lead them right back to crime and right back into the jails from whence they came. That’s not rehabilitation. That’s not progress. That’s certainly not humanity.

The prison system in America is still grossly unjust and unfair, but thanks to McAuliffe, the post-prison life no longer has to be. “Ban the box” allows former inmates access to the basic human right of self-sufficiency through employment. This means they can develop useful skills, earn a wage and contribute to the economy. In some cases, it means they are able to provide for their families. Through “ban the box,” the past no longer has a say in their future.

Before naysayers start crying about sex offenders and murderers working in public places and McAuliffe letting so-called crazy people run free and wreak havoc on our lives, “banning the box” does not stop employers from doing background checks on applicants. It simply keeps employers from dismissing a person based solely on the knowledge that he or she spent time in jail for any reason. Put simply, “ban the box” makes applying for jobs more fair.

How would it be if everyone’s past kept them from living out their ideal life? We try to make out as if former inmates are different from the rest of us, but there are dusty bones in all of our closets that could follow us if made public. “Ban the box” is a way to keep the past from haunting a large percentage of people (particularly black people) who were once victims of the criminal-justice system. It reminds us that people can change if they are allowed to do so. It’s a step in the right direction of eliminating our culture of shame.

Thirty-five other states still require former inmates to indicate the crime they were already punished for when they’re trying to start a new life. We need the nation to get like Virginia and “ban the box.” As McAuliffe said, “It’s all about forgiveness and second chances.”