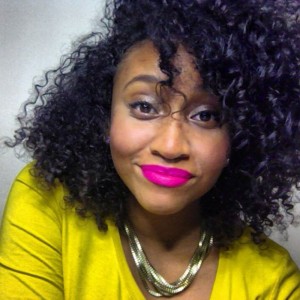 May I present Andrea Lewis: actress, writer, singer, overall boss. Some of you may know her from her adorable role on Disney Channel’s Cadet Kelly or from her role as Drake’s girlfriend on Degrassi. But Andrea is all grown up and is the creator and star her own show in conjunction with Issa Rae: Black Actress, a Youtube series exploring the struggles of being Black, female and trying to make it in Hollywood.

Andrea knows first hand how hard it is to be taken seriously a sa young, Black, creative woman. She kindly agreed to meet with me on a cold day in NYC to share her wealth of knowledge about working hard, overcoming obstacles, and taking it one day at a time.

Who are you and what do you do?

I’m a singer and a actress and a writer. A content creator overall.

Where did the concept of Black Actress come from?

It really started almost 6 years ago. I did a movie for Nickelodeon and I was in Vancouver and I was the only Black girl on the cast but honestly in my work I’m the only Black girl so I was kind of accustomed to that. And I was being introduced by one of my cast mates to his manager. And he was like, “This is Andrea. She’s the urban one.” And I was the only one that got this strange ethnicity intro. Nobody knew what to do. I was like, “Maybe I should start beatboxing on something.” Something appropriate for this moment. But it was then that I was kind of like, “Oh. He is seeing me the way the script sees me. And not necessarily like a fully functioning person. But just as the urban person. The Black girl in the scene.”

So from there I kind of had this idea I knew I wanted to do something to showcase Black women, black actresses and just how normal we are. That our pursuit of the industry is yes, a little challenging; there’s not too many roles. But at the same time my friends that are Asian, my friends that are Latina, my friends that are white, we all have to struggle to find our dreams, to chase after something we really want. I just see us as really normal people. So that’s what made me decide to do it. It took me a while to decide what I wanted to do whether I wanted it to be a feature but then web series just really started to pop off so I was just like, I’m gonna make it a web series!

When is season 2 premiering?

So we’re getting ready to shoot it soon in the next two to three weeks. So it won’t be dropping unfortunately until the new year but it’s soon! It’s soon!

Can we get a preview about who can expect to see on the next season?!

I’m so secretive. I don’t like to tell it. Somebody guessed it, it was Tracy Thompson, who I love, I’m obsessed with. And I wanted to keep it a secret because I think that’s the fun part of the show. And the actresses, I ask people all the time: who do you want to see? And I always get an array of people that people are interested in seeing which I love because sometimes it’s people who are popular, sometimes it’s people you haven’t seen in a while. But I have to keep it a secret. It’s a surprise.

What do you think is the biggest challenge facing women of color?

I think Black women, there’s still a stigma in terms of how people think we are. I don’t have a nine to five, but there’s no difference with that and being a Black person on a set. I think we’re breaking through slowly by showing we;re more than just our hair, and more than just our complexion, and more than just us liking Beyoncé. We are completely normal people. But I think all of us, no matter what your profession, have to deal with that to some extent.

What’s the most frustrating part about doing what you do?

I think it’s really just that there’s a lot that’s out of your control. You can put in a lot of work but at the end of the day, there’s still gate keepers. There’s still people that have to give you a yes or a no. There’s still money that’s involved. I think that’s something that people really underestimate, how much financial commitment that it takes. From your own and also just from outside people. That’s why there’s labels and that’s why there’s studios because at the end of the day, that’s just the kind of commitment that you need. And that’s kind of the frustrating part overall for independent people. If you’re an independent singer, an independent writer, whatever. The overall frustration is not having this fountain of money that you can just dip from all the time. I think in terms of my stuff, I kind of always have a million ideas in my head. And I have to be like, alright, what’s my budget? I have to stretch this cause I’m not made of money.

What’s the most rewarding part?

I think actually creating the content and seeing it out, done and complete. That’s the most rewarding. I actually even think it’s the most heartbreaking because a part of who you are is in creating the content, making it, being up all night. So when it’s finished it’s kind of like, Oh, now what am I going to do?! When Black Actress was completely finished, all the episodes were out, my mom was like, Oh are you excited?! and I was like, No. No I’m not excited. I don’t know what I’m going to do now. Cause there’s a part of excitement with stressing.

What advice would you give to someone trying to live their own dreams?

I think for one, don’t do it for popularity. I think with social media right now, doesn’t matter what the profession is, a lot of us are getting caught up in the hype of popularity. If you’re a writer, make-up guru, whatever you are, everyone is looking to be popular. And I don’t think that’s the reason to do it. I think do it because you have a story to tell, you have a message you want to get out, that’s what’s going to have the most impact. Whether it is a story you want to tell or a character that you want to get out and you’re like, this represents me, I want to put this thing out, I want people to see this. Or it’s like, Oh, I don’t think people understand the importance of love, I want to talk about that, this is where I think that people kind of forget that at the end of the day, there has to be a message and your passion and your message is what should be driving you. Not popularity, not a lot of fame, not all these things that just really don’t matter.

Honestly, I’ve just kind of always been a very motivated person. I’m very big on surrounding myself with uplifting people. And I have too many dreams to stop. I have so many ideas in my head I can’t sleep. You’re going to see me, I’m going to be looking crazy on these streets (lol). That’s really what keeps me going, it’s that I’m not finished.

Where do you see yourself in five years?

That’s a tough question. Like when I was younger, you could answer that in a snap, you’re like, “Five years?! That’s so far from now!” And then you realize like, whoa, five years can happen in a minute. Honestly, I’d like to be doing a lot of traveling. I do a lot of traveling now but I’d think I’d like to be traveling more just kind of all over the world. And still doing exactly what I’m doing, writing, and creating music and creating shows just on a higher platform. Really just getting out all of the ideas in my head. Hopefully five years from now, there’s more than Black Actress that we’re talking about.

What advice would you give to someone whose life just isn’t going according to plan?

Get accustomed to that, it happens all the time. But don’t make that the epitome of your career. We are all rejected all the time. I think sometimes the most motivating things anybody could read about is somebody’s rejection story. I mean every actress singer, writer, successful person period-Oprah!-everybody has a rejection story. “I was rejected 80 times before this ‘Yes’ came through”…”I was on the street”… I mean, everybody has an “at the bottom” and I think it’s in those moments that you’re going to find yourself. It’s in the moments that you’re going to find who you are. That’s the work right there. It’s when you are in the rejection, when you are in the belly of the beast, when it’s not working out at all, what are you actually made of.

Everybody thinks things are going to be golden and glossy, and things are just going to go over perfectly, none of them do. My best friend works in financial and sometimes, she’s just like, “I hate this! I don’t know what I’m going to do!” And you’d be thinking what? that’s so steady! Go there from 9-5, it’s awesome! At the end of the day, it’s those moments that you see who you really are. Keep going, keep staying motivated, and recognize that that little bump is just it: a bump. you’re going to get over it in like 2 seconds. 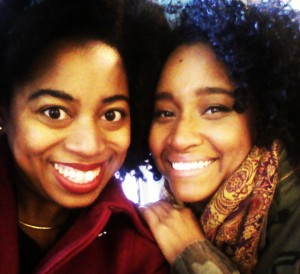