This month has been dubbed #FergusonOctober in reference to the civil unrest in the small town outside of St. Louis where an unarmed Black teen was gunned down by a white police officer. 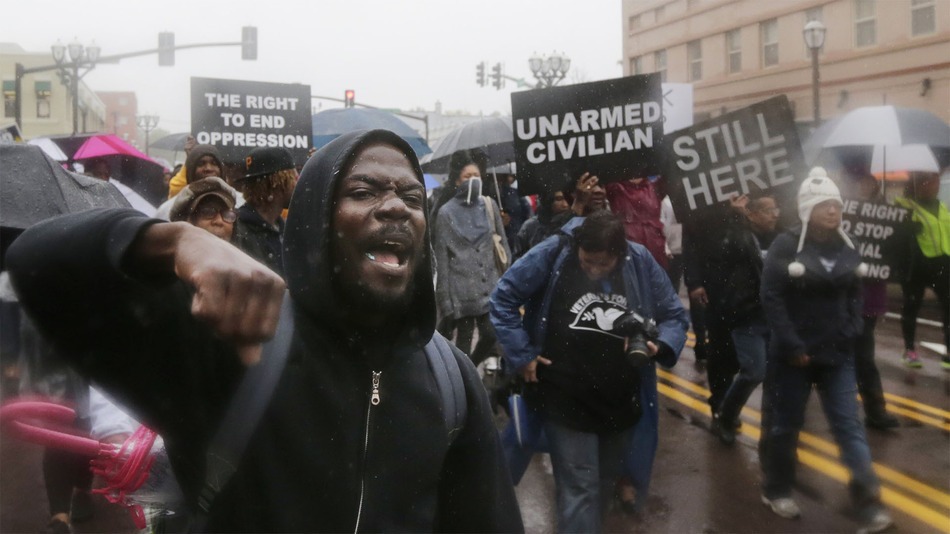 Protesters in the streets after the shooting of Michael Brown IMAGE: FLICKR, CHARLES REX ARBOGAST

The tension between people of color and the police force has risen steadily since the shooting death of Trayvon Martin by a vigilante in 2012. Many people, specifically people of color, feel unsafe and even in more danger in the presence of police.

During college I had the opportunity to interview other students about their experience with campus police and law enforcement. I want to share that today since it seems like not much has changed in community-police relations. If anything, the feeling of discomfort has risen and expanded to other parts of the country.

Police Perspectives by Jolie A. Doggett for Terp Weekly Edition