Hey everybody. Sorry this post is also on Monday (I’ve had an ECON exam to study for this weekend. Wish me luck!). Today’s Favorite Things post will be all about my Favorite Movie, arguably one of the best animated movies of all time, “The Lion King.” 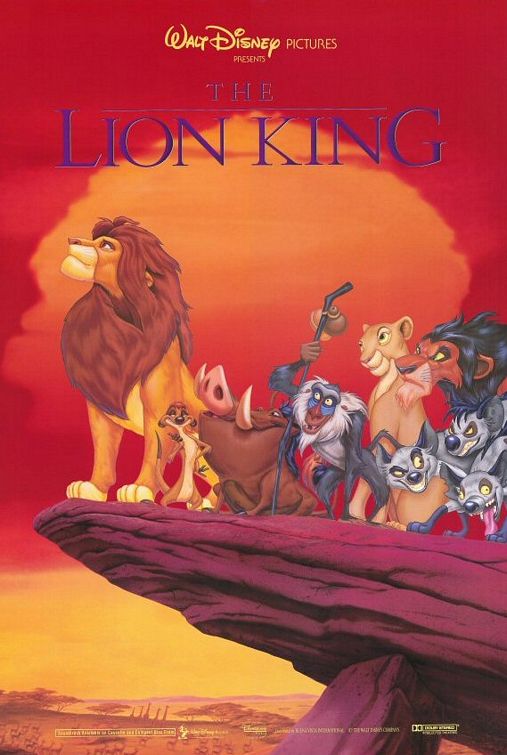 The Lion King is a coming of age story about a young cub named Simba who can’t wait to be king of his pride and his treacherous uncle, Scar who also hopes to be king and murders Simba’s father King Mufasa and sends Simba into exile. Simba eventually meet an endearing pair, Timon and Pumba (a meerkat and warthog respectively) who teach him to live a life of no worries and Simba grows up without a care in the world. That is, until he runs into his childhood friend Nala, who urges him to take up his responsibility as the rightful king. Simba is reluctant to face his past until Rafiki, a wise but eccentric baboon, helps Simba remember who he is meant to be. Simba returns home, overthrows his uncle Scar, and takes his place in the Circle of Life as the rightful king.

I love this movie for many reasons the first being that is stars Matthew Broderick who quite possible has the sexiest voice a lion could have. Another reason, and probably the most important reason, is the gentle way it reveals life lessons such as taking responsibility, not worrying, even how to deal with death of a loved one. Also, like any other Disney movie, the songs were amazing! (Academy Award -winning actually). It’s not just my favorite movie, but has been a favorite movie of Americans since it’s intial release in 1994. It was re-released for a limited time in theaters in September 2011 to celebrate it’s BluRay release. It remains the highest grossing hand-drawn animated movie in history and has been my favorite movie since the age of 5. 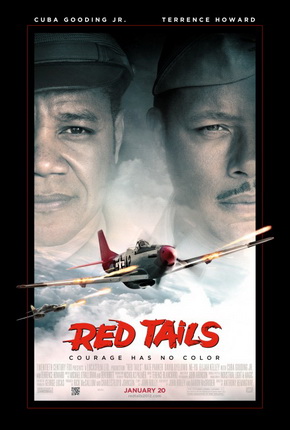 Since we’re talking about movies, I’m going to take this time to review one of this past weekend’s new releases “Red Tails”. This war film is based on the true story of the Tuskegee Airmen, the first  African-American aviators to serve in the US Military. They fought during World War II and faced severe adversity in their attempted to be respected as an aviation team. The movie itself faced some adversity of its own, its production delayed because major film studios were apprehensive to dsitrubute a film with an “all-black” cast. Eventually, George Lucas decided to fund the film from his own pockets. This CNN article by Roland Martin and many other institutions encouraged people to go see the film opening weekend to send a message to Hollywood that films with talented black casts can be successful.

That being said, I must say, I was incredibly disappointed in the movie as a whole. A slew of under developed characters delivered subpar acting in a storyline that wasn’t nearly as dramatic as I expected it to be. Seriously, it’s the Tuskegee Airmen story! How can you possibly make that story anything but moving? Somehow, writers John Ridley and The Boondock’s Aaron McGruder managed to turn what should have been a riveting story into a script of clichés and corny dialogue. Even the surprisingly few fight scenes were disappointing because they were so boring! How can a fight scene in WWII movie be boring? Only 2 pilots in the movie actually died. Also, Cuba Gooding Jr.’s facial expressions throughout the film were terrifying to me.

On the positive side, this movie was a great opportunity for Hollywood to take notice of some talented Black actors. Even the newcomers delivered wonderful performances despite the limitation of their characters. It could’ve helped the story if there were fewer central characters leaving more room for background character development and possibly a more dynamic story. But the truth is there were just way too many stories being told in this movie and none of them was the story the movie should have been about: The rise and triumph of the Tuskegee Airmen.

Still, Red Tails did pretty well financially opening at #2 in the Box Office grossing approximately $18,782,154 (in U.S. dollars). But how long will it stay in the top once people actually see the film they’ve been recommending to friends and family? Now that I’ve seen it, I find it hard to tell my friends exactly what the movie was about-there was just so much going on! This movie goes in my Category of Biggest Cinematic Disappointments (Also in that category are The Notebook, Sex and the City 2 and of course The Last Airbender. Ugh!)